Toward a Characterization of Perceptual Biases in Mixed Reality : A Study of Factors Inducing Distance Misperception

Virtual Reality, Augmented Reality, Mixed Reality, these words as well as their applications are gradually becoming common usage. However, the reality proposed by these technologies is not identical to our regular reality. This work aims to highlight some perceptual biases in Mixed Reality. First we study a perceptual bias linked to the observer: the anisotropy of the egocentric distances perception in virtual reality. In a second part, we study the exocentric perception of distances in Augmented Reality (AR). Indeed the under estimation of egocentric distances is a phenomen on frequently observed and it is therefore interesting to consider its potential transfer to the exocentric perception. Then we further study other potential biases in AR by focusing in particular on evaluating the impact of depth cues on the perception of distances. In particular, we investigate in this chapter the effect of two depth cues in AR: the impact of the position and shape of shadows on distance perception, and then the inﬂuence of accommodation on distance perception using a speciﬁc display technology: retinal projection devices. Finally, we discuss the potential impact of interaction techniques on distance perception and propose a protocol to evaluate the effect of certain interactions on distance perception in AR, in order to perhaps bring it closer to real perception. 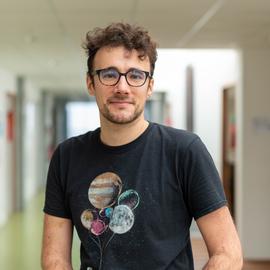